On Sunday I did the Bridge to Brisbane with a friend who works in the Maroochydore recruiting office and another one of her friends. We completed the 10km walk/jog in a little under 1hr 20 mins and shortly after we crossed the finish line, we were deciding that our goal for next year was to jog the entire way and hopefully get near the 1hr mark.

It was such a great morning. Everyone was happy,sweaty and content. As we entered the RNA grounds, I picked up my pace and moved into a faster jog, thinking that the finish line was just round the corner, except it wasn’t just round the corner. I rounded corner after corner till I saw the gates to the arena that marked the 200m to go mark. I wanted to stop but I knew that if I stopped or slowed down my pace I wouldn’t get to the finish line, plus there were heaps of people lining the final 200m who had already completed the race and well I didn’t want to look like I had walked the entire race did I? I crossed that finish line and man oh man I was slightly buggered but I felt so good.

Now I am just waiting for midday on Thursday (my birthday!) for the results to come online to see where I placed in the 36000 people who competed. 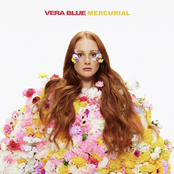