Another layout! and I even have more stacked waiting to be scanned. This basic design and products for this layout come from one of the classes that Helen Williams taught at the Stitches and Craft shows this year. Everything apart from the letter stickers (MAMBI) and cardstock (Bazzill) are Heidi Grace. Isn’t the HG paper sweet? I coloured the heart with Ranger’s Adirondack Alcohol Ink so it wasn’t stark white.

I’ve been scrapbooking. You can get back up off the floor. Yes, you read right. I’ve been scrapbooking. It has been a while but I am back in the groove and having fun. It may have been slightly motivated by the fact that I am working at the Stitches and Craft Show this week for Fiskars again. It took me a little while to get into the groove again but I am enjoying it 🙂 Really looking forward to the next couple of days at the show, it is always great fun working on the stand, talking to people, doing demos and giving advice. Of course, checking out all the new products is always fun as well 😀 My essay for this week is done, only three more to go! yeah!

Totally inspired by this layout by MG – The easiest kind I have been doing some thinking, well actually I am always thinking in fact my brain feels like it is going 200km/hr most of the time making connections between things and thoughts, you know the six degrees of Kevin Bacon thing? that is what my thought process is like. I think of one thing that makes me think of one thing and suddenly I am no where near where I started off 🙂

One day I would love to find a phrase I have penned in a big important book of quotes, because that would rock 🙂 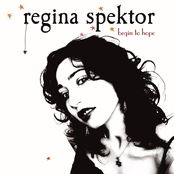