Some bands you love because you can rock out to them, other bands you love because they let you indulge an inner persona when you dance round the room singing. Some bands you love for the ambience they provide, how they just melt into the background of what you are doing.However, there is small group of bands that you love on a whole other level. They are the ones where the songs reverberate through your soul, you smile/frown/cry/get angry/laugh at their songs. They are bands in which you feel connected to every other person at the gig, knowing that you are a select group of people taking part in something special. They are the bands that don’t need pyrotechnics, fancy lighting or 99 costume changes to make music. All they need is themselves and their instruments to create music that you can feel in the air. It’s music that tells a story, it’s what makes me live.

The very top of this list of this small group of bands for me is without a doubt The Mountain Goats.

The ‘Goats were incredible last night and as a matter of fact I even had a partner in crime last night, Karl’s friend from his Cisco days is currently in Aus doing the grand tour and last night came over for dinner. Discussion leads to what time I will be leaving for the concert, Scott enquires as to whom I am going to see. “The Mountain Goats”, I reply. Blah Blah Blah, turns out that when Scott was back home in NY at a NYE party a girl had told him if he had the chance to see The Mountain Goats, to go. Here he was in Brisbane, with his mate’s little sister raving on about The ‘Goats as well, so I ask him if he wants to check them out. Scott says he doesn’t want to intrude with my mates and I just say mate, I was going by myself anyway, come along so he did.

To cut a long story short, The Mountain Goats were incredible as they were when I saw them for my birthday last September and to make it better they will be back by January 2007! (I’m guessing that means they might be doing Big Day Out?) Rock on! And I have a shirt 😀

Giving you all what I know you want to see, the photos of course! One Reply to “The Mountain Goats” 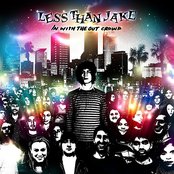 The Rest of My Life
Less Than Jake
In With The Out Crowd (U.S. Version)
9 minutes ago