Yesterday was by no means the nicest day.

From all the essays and work I have handed in over the last two and half years of uni, I have always felt that the mark I received was the mark I deserved. However that all changed yesterday.

I received an essay back for which the lecturer gave me 65/100. His first reason was that my essay is pieced together with notes from first year International Relations and those had no relevance to the topic of my essay. WTF? My essay was on “Why is war such an endemic part of international life?” IR theory on state sovereignty/anarchy, the images of war, etc sure as hell are relevant to the topic. Yeah, so relevant that he talked about them in his lecture on war, Good Job Matey 🙁

Going to see him next week to hopefully get a re-grade, because I am not happy Jan!

Then I came home with a shocking headache from lack of water.

Home life is not something that I really talk about here because it is not something I want to broadcast to the masses. Days when Mum is away are always hard because as much as we disagree over things she in the end grounds me. Last night was not nice but I did better than I normally do and kept my mouth shut for the most time. With all those feelings in my mind of just wanting to escape away from it all, this layout appeared 🙂 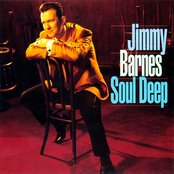