Well we now back in Singapore waiting for the final leg of the journey to start in a couple of hours time, yet again chilling at the free internet.

Got some final duty free shopping to do and then up to the rooftop gardens to get a Singapore Sling.

London was a mess, no one knew what was happenning, it took us 3hrs to get from Victoria Station to Heathrow, at each station we were told different things by different people, get told to go to this station and then that station would know nothing – it was a total mess!

I was on Tottenham Court Road when the explosions went off, I was inside a shop talking to an Australian working there, and then the sirens started, police car after police car raced down the road. After completing my transaction, I walked back to goodge street station only to be told at the door that this station had no incoming trains and we were to walk down the road to Tottenham Court Station, we were told that an inciddent had occurred at Oval and Warren St station, this later became a passenger incident.

After going on some very very packed tubes I managed to arrive at Victoria where I was meeting Matthew (he left Iceland a day after me). At Victoria the ATM’s and EFTPOS machines were down – I have not found out why. Cops where everywhere as were people with luggage trying to get to the airport.

When Matthew arrived, we decided not to do what we had planned for the afternoon since only two tube lines were operating completly, others partially or fully closed and just go straight to the airport.

After gosh knows how many different directions and changing tubes/trains/buses, we finally got to Heathrow. We were incredibley lucky that the check-in line for Singapore airlines was non-existent, went through with ease and went to have dinner in the pub.

Almost home and I have suprises to share when I get there :):) 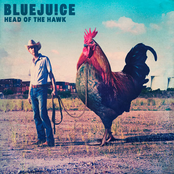 Broken Leg
Bluejuice
Head of The Hawk
1 day ago