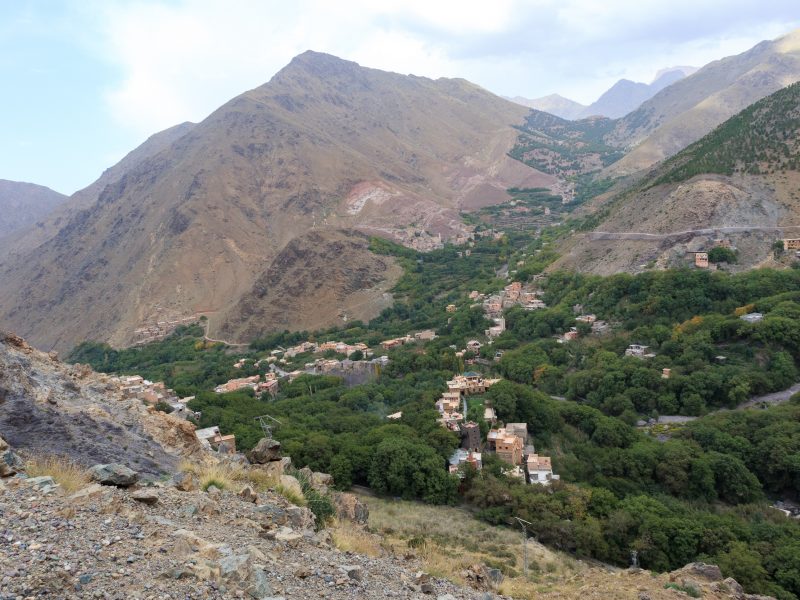 I was quite taken by this lovely blue’ish blanket that was on my bed, the warp threads were this crimson red which really added a depth to the various blues used in the weft. I would have quite happily have taken it home with me! Or even just downstairs with me for the next few days 😀

Later in the afternoon, Margert and I headed out for a short walk along the P2005 road which comes from Imlil up to Aroumd. We had a lovely time looking at plants and the landscape use along the way.

After having eating not much more than vegemite & bread for breakfast & lunch, I had some nourishing Harira soup for dinner, which was nice but my digestive system was still quite tender and I was treading very carefully with what I was eating.

I wonder what will tomorrow bring?

One Reply to “Helen goes to Morocco Day 20 – Aroumd”