Last Thursday night, I tripped the light fantastic across the stage of the Concert Hall at QPAC. Level of overallÂ excitementÂ that night? Oh, about 300%. This graduation ceremony meant 500 times more to me than my undergraduate ceremonyÂ Looking back at that post now makes me realise just how much I’ve changed in the last six years! To start with I now own more pairs of heels than I do flats! I also graduated with a full mouth of teeth (the fake tooth that I had back in 2006 broke the day before the ceremony). Just like my undergrad there was only a small number of people graduating with my degree (13 grads and 5 of us at the ceremony). Unlike my undergrad though, I knew just about everyone graduating with my degree (Graduate Diploma in Business – ProfessionalÂ Accounting) and those who graduated with the Masters as we’ve all done at least 75% of our subjects together. This of course meant that before the ceremony, during the ceremony and afterwards there was lots and lots of excited chatter, hugs, drinks and celebrations. The Accountancy school lucked out and got the evening graduation ceremony. Mum had arrived the night before and was ever so kind to drop me at work in the morning with all myÂ accoutrements.Â I got ready at work, with a flat iron plugged in beside the ECG machine and a revolving stream of work mothers taking photos, rearranging my dress and what not else. Then it was onto QPAC for the real deal to begin. I met up with T who I started with two years ago and we went off to get robed and played a game of Cinderella trying to find mortarboard that were exactly the right size. Once we were robed it was time for a celebratory glass of bubbles. There was then more bubbles and hot chips to give us fuel for the next few hours before we lined up for photos, photos and photos. Â Before we knew it it was time for us to head back stage again for our final briefing. WeÂ thoroughlyÂ enjoyed walking the hallways of backstage at QPAC. It was quite something. Â Seats were found on stage and then it was a briefing and then we watched our family start to stream in. Â After a bit of waving and pointing Mum found me on stage. 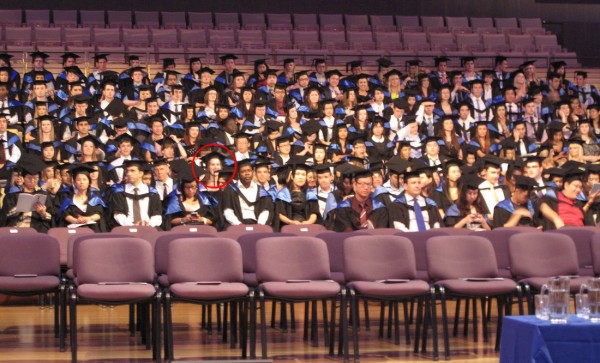 I was the 182nd person to graduate on Thursday night. That was a lot of names to read out before me! QUT was live streaming the grad ceremonies butÂ unfortunatelyÂ only two people I know were able to watch the stream. For the rest of my family and friends the website kept crashing. 🙁 🙁 🙁 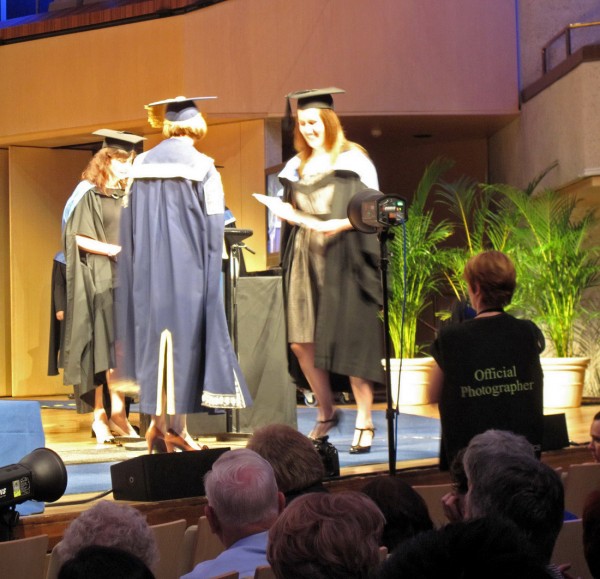 One Reply to “Graduated” 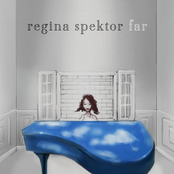 One More Time With Feeling
Regina Spektor
Far
2 days ago