Another day and another birthday in the PÃ¡lsson troop 🙂

Today my third eldest brother, HafÃ¾Ã³r Ingi turns the big 38! Out of my half-siblings, HafÃ¾Ã³r is the only one I actually grew up around, as he moved to Australia with my parents in 1980 and moved back to Iceland in 1993 so for the first eight years of my life he was a big part of it.

This photo is of me when I was a wee little Snuffleupagus of just 4 weeks been held by the aforementioned brother who in this photo is 17! Don’t you just love the flags of the world outfit? Perhaps I was destined to be doing International Studies? But this isn’t my birthday so bringing the attention back to the birthday boy. I don’t really have any funny moments but I am sure he does of me. There are some things that I do know, this man is a musical genius in all aspects from singing, to playing to writing, he is a wonderful father with two gorgeous kids, an incredible wealth of knowledge and an all round super cool person and big brother 🙂 Here is a more recent photo – taken last July at the family moot in Iceland, in his entire element with his guitar and perhaps it is the ever adoring younger sister in me, but I reckon he looks like Chris Martin of Coldplay and has a better voice too 🙂 Ok, that was a little longer than I planned on it been so back to the topic as the title of this post suggested – round up.

The Commonwealth Games are on at the moment and Australia of course is on fire! I always enjoy the Commonwealth Games more than the Olympics; they just seem a whole lot more friendlier, because they are the “Friendly Games” 🙂 It’s just great to see things like this, and many other countries getting their first Gold, Silver or Bronze medals, just great stuff! and Ben Lee is going to be playing at the closing ceremony, top stuff!

But to put some family spin on the Commonwealth Games, big kudos to my second cousin Nathan Eglington who is on fire in the Kookaburras (Australian Menâ€™s Hockey team) with a hat-trick in a 5-1 win against England. Should be another Gold Medal for Australia there.

Uni is still uni, but I have now done my first piece of assessment so it really feels like the semester is underway now – it is week 4 of 13 after all.

Go check out some of the designs Tracy is pumping out at the moment, that girl is on fire I tell you.

Big Cheers for EK Success and Jacob getting engaged – so happy 🙂

The Parcel man brought me five (5) new crafty books from Amazon.co.jp the other day – will post more about them soon 🙂

I made the most yummy blueberry muffins last night – total heaven. I used this recipe – Blueberry Muffins from Elsie.com all I changed was that I used buttermilk instead of plain yoghurt and didn’t add the lemon zest because I had no lemons and WHOA total heaven, very, very nice muffins!

I think that was all I wanted to round up for the moment but I leave you with this note, something “big” and “special” is coming a few days time 😀 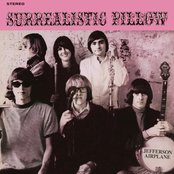