Well a few hours ago #1 of the Triple J Hottest 100 Of All time 2009 was announced, and looking at the list of the following songs that I nominated and what ended up on the list I scored a big 0 out of 0
Simon & Garfunkel – The 58th Bridge Song
Split Enz – Six Months On A Leaky Boat
Mountain Goats, The – This Year
Breeders, The – Safari
Saints, The – (i’m) Stranded
Peter Combe – Mr. Clicketty Cane
Sarah McLachlan – Adia
Tori Amos – Cornflake Girl
Go-Betweens, The – Cattle And Cane
Leonard Cohen – Like A Bird (Bird On The Wire)

I had no hope for Simon & Garfunkel or Peter Combe and Leonard Cohen was a long shot but I would have thought at least Tori Amos with Cornflake Girl would have been in there. In terms of linking the 10 songs I voted for and didn’t appear in the hottest 100 with the 100 that actually did appear. Three songs have links.
3. Jeff Buckley – Hallelujah
I voted for Leonard Cohen – Like A Bird (Bird On The Wire). Hallelujah was of course written by Leonard Cohen
29. Pixies – Where Is My Mind?
I voted for The Breeders – Safari. Of course after The Pixies came something greater, The Breeders
50. Crowded House – Don’t Dream It’s Over
But before Crowed House, there was Split Enz and I voted for Split Enz – Six Months On A Leaky Boat.

If I had entered those songs for the Hottest 100 Of All Time in 1989, I would have had a much higher hit rate with the following two from my list appearing.
11 The Go-Betweens – Cattle & Cane
51 The Saints – (I’m) Stranded

When I was thinking about the songs to vote for I did pick songs that aren’t the most talked about. I picked songs that mean something to me, songs that I felt deserved a chance. If I had voted for the 10 songs that I love and would pick to be in the hottest 100 I would have voted for the following.

It will be interesting in the coming days to see the list dissected and hopefully some more of the results after 100 will come out as well. Till 2018 when it happens all over again. 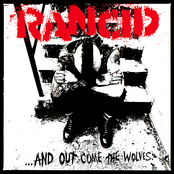 Time Bomb
Rancid
...And Out Come the Wolves
4 days ago