MELBOURNE TO BRISBANE
Flight No DJ321

Yes and that would be me who is going. I am going for a number of reasons, firstly to see the Guggenheim and Pixar exhibitions, secondly to go to Pete aka Owls of the Swamp album launch on the 24th and to see Tom Woodward play on the 25th. I also hope to meet up with some other friends in Melbourne as well as going to the Queen Victoria Markets, the shops to get some work clothes and gosh who knows what else. I won’t be going to see the Essendon Bombers play though because they are playing their round 21 match on Sunday evening when I will be back in Brisbane :(. Then Monday morning I start my first day as a full time employee in the 9-5ish grind and I can’t wait.

One Reply to “Aruba, Jamica, Melbourne?” 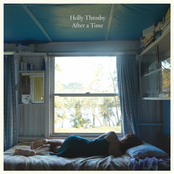 Aeroplane
Holly Throsby
After A Time
1 hour ago