to graduation! I received my conditionally approved invite to graduate the other day in the mail and now I just have hope that the stars stay in alignment and I don’t to anything horribly wrong and fail a subject. Not that I have any reason to expect that to happen but like that should happen though.

It is slightly chilling and confronting to think that in a few weeks this life I have lived for the past four years will be coming to an end for the current time. One of the many ideas swirling round my head is go back to do my masters but not next year.

In the last four years of uni, I have learnt about things that I never imagined I would have done at the end of high school where I wanted to do organic chemistry or linguistics. In my senior years at school I didn’t do any humanities subjects and it wasn’t really something that had interested me. Whilst I didn’t know what I wanted to do with my life, an Arts degree was not something I really had on the horizon. I mean â€œArtsâ€?. I am certain that if someone had said to me in my final year of schooling that at uni you would complete a dual major in Asian History and Politics/International Relations, I would have gone “yeah right”.

Now though as I look back to myself as a year 12 student, I know that it was the right choice as it was the complete opposite of what I had done before. I think my Mother once said to me that in High School you pick the subjects you are good at to give you the marks you need for uni and when you are in Uni, you pick the subjects that you like, you may not be good at them but you still enjoy them.

Whilst I didnâ€™t select my degree by what I liked but what I could still get into after missing out on the first round of placements and whatever was local and sounded interesting. My first preference ended up been Bachelor of Arts in Asian and International Studies described on the course page as something close to the following.

In recent years, Australia’s political, economic, and social ties with Asia have expanded, and will continue to become even stronger. This degree program is one of the few degrees in Australia to offer you a wide selection of Asian studies courses. Study focuses on the developing countries of East and South-East Asia. The program provides you with the unique opportunity to study an Asian language (Japanese, Chinese, Korean, Indonesian, or Thai) and to undertake a comprehensive set of prescribed Asian studies core courses, plus optional secondary specialisations.

My first year language was Indonesian and it is something that I really regret not continuing when after a year I transferred to a Bachelor of Education (primary) as when I returned to Asian Studies the next year I found it very hard to slip into the second year classes and dropped it and consequently my appeal to future employers halved.

I also wish that the course covered a greater variety of states in Asia, especially in South and Central Asia or even the less developed states in East and South East Asia like Mongolia or Cambodia, Vietnam. The real focus states of my degree have been China, Japan, South Korea, Thailand, Indonesia, Singapore, Malaysia and to a lesser extent Burma and the Philippines. C’est la Vie.

Next week I have an exam, two classes and a report to hand in, then a week of hardcore study. The following week I go to see U2 on the Tuesday night, the following morning I have an exam at 8:30am, later that day I have another exam at 5:30pm. Two days later on the Friday at 1:30pm I have my last exam. Once I walk out of that exam, I will grab my bike out of the back of the car, which Mathew will drive home and I will ride the 30 odd km home for the first, last and only time. It is 24km by car but the bike path has a few more detours than the highway 🙂

December 16, I will get dressed up and put on academic robes, walk across the stage, receive my degree and say to myself, “The past four years have been good and itâ€™s only the beginning”.

One Reply to “This close” 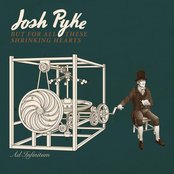