When we are at the fruit shop the other day they had a large bin of Butternuts for $1 each, so I grabbed one though in retrospect I should have grabbed a couple more.

I had planned to use the Pumpkin Soup recipe I have used before but to play with it a bit more. However, then I got thinking about the fantastic Roasted(?) Pumpkin Soup that Mary had had when we went to the Chocolate Buffet so I googled Roast Pumpkin Soup and lo and behold the first result up is from the ABC 🙂 The various ABC radio stations all feature various recipes and then the recipes from all across the country are placed in the one index – Backyard Recipe Index.

So seeing that the first result up was an ABC recipe I thought why the hell not, I’ll use this one, sure I made a few changes but it was so good, even Mum was chowing into it!

Roast Pumpkin Soup
adapted from a recipe by Elaine Wilson

Method:
Preheat oven 180C. Place the pumpkin and garlic on a well oiled tray and sprinkle with the brown sugar (to caramelise the pumpkin and just enhance the flavour more. Roast for 30 minutes or so until the pumpkin is cooked through
Whilst the pumpkin is roasting, add a little oil to a large pot and fry the vegetables until the onion is soft. Add the cumin. Add the chicken stock to the pot, bring to the boil and then reduce to a simmer for 20 minutes or so. Add the pumpkin to the pot, peel the garlic and then add to the pot. Remove the pot from the heat.
In batches puree the mixture until smooth. If you are making this in advance and have time to allow the mixture to cool before pureeing do, or if like me and the clock is fast approaching dinner time before pureeing, pour the mixture into a separate container and then after each batch pour the pureed soup back into the original pot over a low heat to warm it up.
Serve with sour cream or natural yoghurt or butter milk, fresh chives or parsley if you have them and some hearty rye bread to dip with. 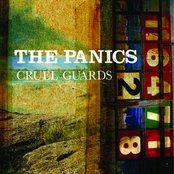 Don't Fight It
The Panics
Cruel Guards
2 hours ago