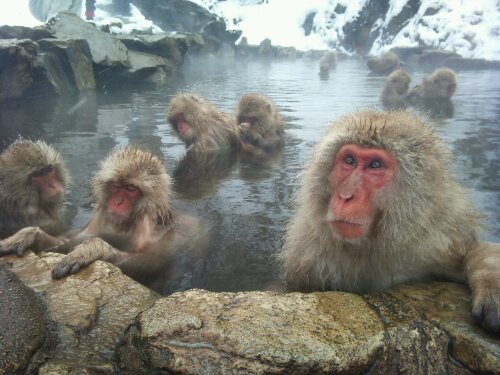 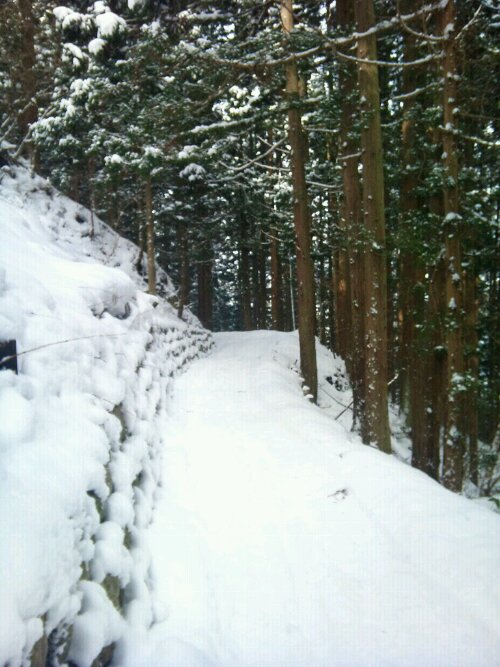 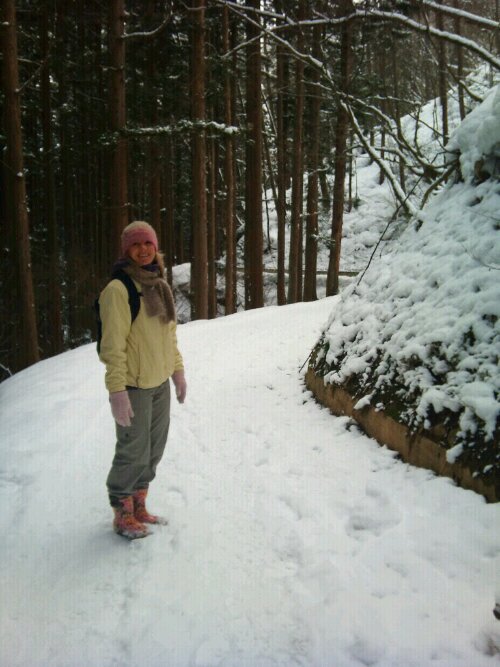 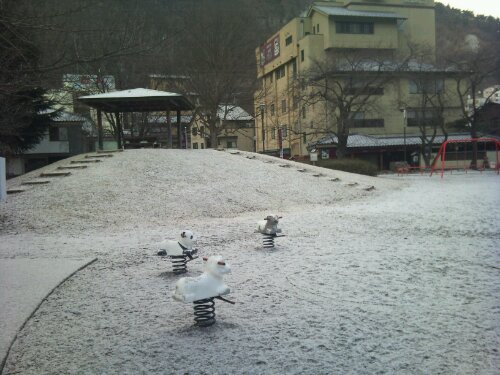 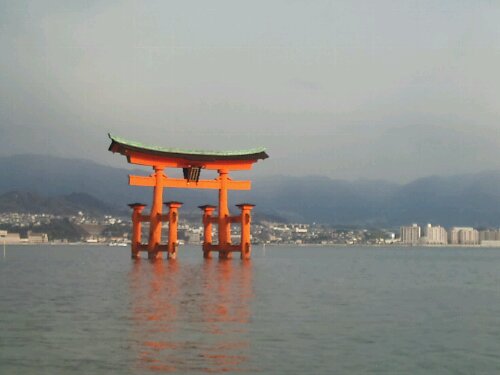 This morning we headed back out to Miyajima to see the gate at high tide, we yet again had a little adventure with the public transport system but we build time for those adventures in to our scheduling. We had hoped that the cute little coffee shop we went past yesterday would be open ad the had a sign up for gingerbread lattes that sounded Luke a great breakfast. It was of course not open and we settled with drinks from 7-11. It was a beautiful sight to see the gate “floating” and it was made more beautiful by the fact that it started it started to snow as we were on the beach taking our photos. We had to make a dash back to the ferry but we made it. The coffee shop was still not open but we came across something great at the shop at the station. A 3 pack of green tea macarons for 105 yen. Yep you can pick your jaw up off the keyboard now. They were slightly more cake than typical macarons but they were oh so good. We are going to keep an eye out for more favours.

Back to the hostel to check out and then back to the station yet again which brings us to where we are now – on the bullet train making our way up to Nagano (3. 5 train legs to go) where they’ve had 2cm of snow forecast for this afternoon 🙂 🙂 🙂 🙂 🙂 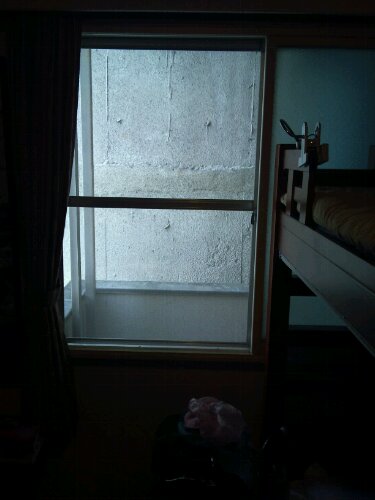 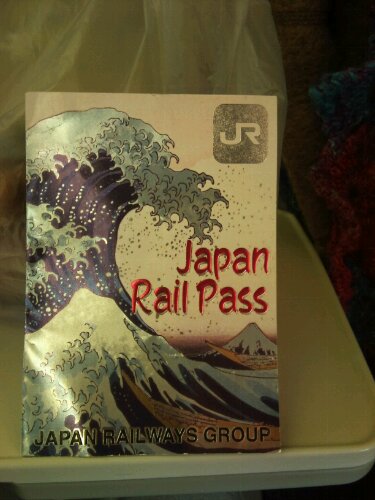 After getting back from Miyajima yesterday afternoon, we picked up our bags from the locker at the station and made our way to the hostel not before a stop to pick up some citrus Kit-Kats (mmm Kit-Kats).Â  After checking in and discovering that we have a real urban Japanese view from our room (see the picture), we rugged up and got the street car downtown. We walked the streets and wished our feet were 3-5cm shorter as we found shop after shop that sold all types of socks (thigh high, knee high, ankles and oh so many sockettes) as well as tights, stockings and leg warmers. There were so many pretty things.

We had look in a book store and I picked up the Cath Kidston spring/summer 2010 e-mook (google book or e-mook – they take gifts with purchases to a whole new level).Â  Speaking of Cath Kidston I’ve seen more of her bags in 12 hours than I’ve seen in the last year in Brisbane – I fit right in with my Cath Kidston saddle bag.

As we left the covered market streets we walked into something amazing;Â  it was snowing! Just little flurries but enough to know it was snow. We then made our way back to the hostel. Where the real adventure of the night would begin. You see, during our downtown adventures something was playing on my mind. Where on earth had I put my railpass?Â  It was not in my daybag as I had discovered on the street car. Back at the hostel we went through my day bag, the paperwork folder, the top of my pack, Georgie’s stuff, even pulled the room apart. At this point I’m starting to think a whole lot of explicit words that I’m not going to type. I thought I must have left it on the check-in counter but nope, nothing there and the lady was not all optimistic about JR replacing it even though I had it for less than a day. We headed up to the rail station and came to the police first and entered into a mix of English, Japanese and pointing to get what had happened across. A lost property form was filled out – I got to see my name written in Japanese and was given a reference number and told good luck.