Uni started back last week, the painter has returned to the house and I’m trying to get back into the routine of work, study, play, eat, sleep again after the uni holidays!

A few signs from the road trip. If you’re on Facebook with me you may have seen this little ditty I penned about the Newell Highway. If you’re not, here it is.

Southward bound on the Newell,
Said goodbye to the Gore,
Cotton, the white jewell,
Covers the verge, it’s no bore. I love signs like this 🙂 I was sort of tempted to drive to Darwin but didn’t know I would make it there and back in the five days I had. This drive fatigue sign is part of a three part series. This one though about country drivers getting tired too made me giggle. That is a few signs from the trip. I’ve got oodles of photos of buildings and op shop finds to post yet. Ornamental brickwork! Pressed tin ceilings! Gorgeous Â Art Deco and Modernist shops, hotels, town halls and more.

This weekend just gone I took a five day weekend and headed south of the border. Well really more south west but it wasÂ definitelyÂ across the border. I put on a number of caps for the trip, I was an interstate removalist, Â a fruit wholesaler, a handy person, a providore, Â a general hand, a driver and countless other caps.

Yep, I packed up the car and went to visit Mum. I left Brisbane on Wednesday night and after a taco dinner (south of the border … ) with some dear friends I headed to Millmerran for the night. I Â typed this little rhyme after getting to myÂ accommodationÂ for the night. It pretty much summed that leg of the trip up.

Drove on the Gore,
It’s a bit of a bore.
Catching shut-eye in a donga,
Going to read about Beluga.

Of course, I didn’t actually read about Beluga but it was the only word that I could think of that was even close to rhyming with donga.

If you need a place to stay in Millmerran, IÂ recommendÂ the Millmerrran Village Caravan Park. Clean, tidy and very helpful staff.

My donga in Millmerran ticked all the boxes for somewhere to crash for the night and I had the best shower there I’ve had in some time, oh the water pressure! 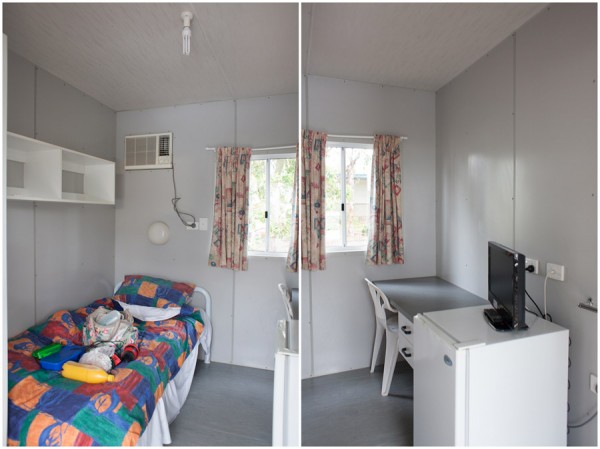 Arty shot of autumnal plant in the caravan park. 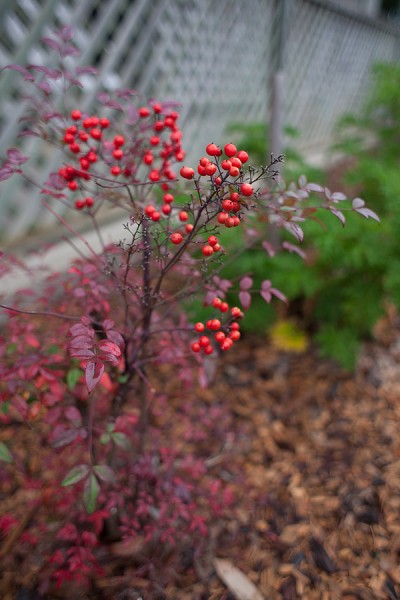 Breakfast shot. The contents of that PET bottle? Orange juice squeezed by me (well perhaps the Kitchenaid), good hit of Vitamin C. 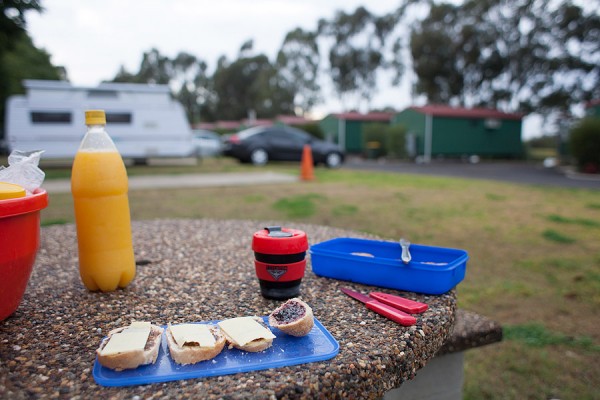 Cacatua galerita! Lots of them. These birdies were part of my first mass bird sighting of the trip. There would be many more. The size of this flock would be chicken feed to what I would see south of the border. Still, I do love a Sulphur-crested Cockatoo. They are just such personable birds. 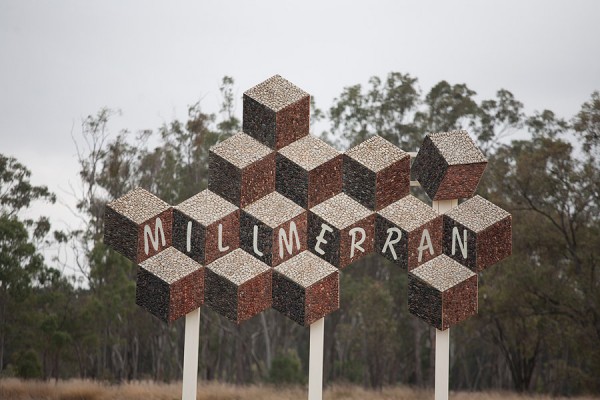 From Millmerran I headed onwards toÂ Goondiwindi or Gundy if you speak the speak. My stopover in Gundy will be another post, ahh sweet Gundy. Gundy was where the op shop deities started to shine on me. Oh sweet Gundy.

Props to you if you picked the source of the post title. According to last.fm, I’ve played this song nine times, I’ve actually played it whole lot more than that, the OCMS CD had a period of very high rotation in the car.

That sums up the first leg of my road trip. What I’ve not told you about is the fact that I managed to Â take a creative detour both going into and out of Forest Lake on my way to dinner (all those darn changes to those roads) or that the cloud was so thick heading up the range and through Toowoomba on Wednesday night that I barely got above 20km/hr for that stretch …