Well I am well and truly back from Melbourne, though I would move there in a heart beat and a half if offered the chance. I figure I got about 80% of the things I wanted to do in Melbourne done and I managed to get about half the things on my pre-planned shopping list.

Lesson #1, Qantas time and Helen time are not calibrated. I was supposedly 1 minute too late to drop my bag for my flight. I had already checked in online the day before but had to queue for the bag drop. I was in the bag drop line for about 4 minutes. The lady at the counter said they had put an announcement over the loudspeaker for people to come out of the line. I just shook my head and if I hadn’t been so tired I would have argued it because there was no announcement. She also tried to tell me that I had to have my backpack in a bag before it could be dropped. WTF? Never heard that before – you just buckle all the straps up and it is fine. Though I must admit I heard her a little later telling another passenger that the wooden box they were checking in as luggage had to be in a bag. WTF? I didn’t queue in her line the next time. Back to the story. $44 later I was on the next flight to Melbourne – it left Brisbane at 0655 instead of the 0555 I had been booked on. Still I was ahead because the Qantas fare was still cheaper than Virgin or Jetstar and they would have made me pay the entire fare again to get on the next flight.
When I went back to check in and drop my bag for the next flight, I joined a different queue and the man at the counter had no problems with my backpack just as long as I buckled the straps up. Silly lady.

Lesson #2, do not make eye contact with the person with the explosive trace wand, because she will target you and wave the magic wand over you.

I picked up the May issue of Real Living at the airport, so that with The Australian and The Courier Mail courtesy of Qantas were my reading material for the flight. I â™¥ Real Living. I had a really pleasant flight down. The breakfast was good and one of the flight attendants, commented on my ear-rings which was nice, I returned the comment by saying I would love to be able to style my hair in the way she had done it.

Some photos from the flight.
This is the view as we flew over the Murray, I love the patchwork. I landed in Melbourne to drizzly rain and grey skies. ugg not the Melbourne I wanted. Still this is the city of “four seasons in one day” by the arvo it would be blue skies. I again stayed at Greenhouse Backpackers. I can not recommend them enough. $30/night, free breakfast if you are up early enough and in such a fantastic location. On Flinders Ln between Swanston St and Degraves St and it has a rooftop 🙂 It is great. Once I had unpacked my bags and grabbed a bed. I was off to explore.

Flinders Lane was great and I must say I loved living above it. The Aesop store has the most incredible fit out, the entire shelving system is made from cardboard. Didn’t go in but I loved what I saw. There was another shop just down from the Greenhouse entrance that had the most gorgeous emerald green wool shift dress in the window. If I was a size 10 and lived in Melbourne I would have stolen it from the window. Had a browse in Polyester Records but didn’t find anything that tickled my musical fancy. Had lunch at Le Petit GÃ¢teau but that will be another post. Really enjoyed walking round the court district, lots of nice buildings and nice looking people.

Saw some lovely bicycles, one great thing about Melbourne is that because it is so flat it is very cycle friendly. I was suprised to see many ladies in full office wear, cycling home after work in high heels and all. I guess you don’t really work up a sweat cycling home in the cooler Melbourne weather. Had a fantastic time on Little Bourke between Elizabeth and Queen. Wilkins and Kent was a fantastic shop, I picked up a cute little wooden tree brooch from States of Nature, a lavender heat pillow from Tonic Australia and placed a Jo Luping tile on hold that I would pick up from the Fitzroy store the next day. If you go to this article at Lost My Way and scroll down to the Jo Luping section, I got the tree tile that is in the middle. I love it! I had a little look in Paddy Pallin and tried on a great pair of shoes but the size 9 was too tight, tried on the size 10 in a similar style as they didn’t have the size 10 in the style I wanted. The good news was that the Fortitude Valley store had a size 10. Called Pabbi and he went in the next day and picked up a pair for me. Score!!! These are the new shoes, that were waiting on my bed when I got home from Melbourne. They are made by Simple (a shoe company that I just adore) and they can be found on Zappos here 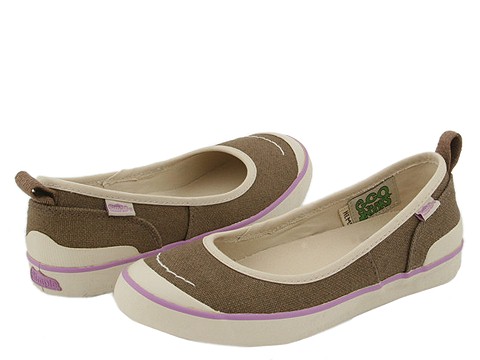 Went to Metropolis Books and oh my I l â™¥ that shop. I love how much space they were – it was great not having a really cramped bookshop. I picked up the Sublime Stitching Pad which I had been looking at for a while and a book called It’s So You, edited by Michelle Tea, writings from thirty-five women about personal expression through fashion and style. It looks like it will be a really great read. The lady behind the counter said she had loved it, so should be good.

Mmm what else did I do? I walked and I walked some more and took photos! Took some street art photos for Karl Another thing I â™¥ about the Melbourne CBD is all the rooftop spaces with gardens on them etc as well as all the balcony/window sill gardens. This photo made me laugh I loved the grid of the tram lines against the blue sky and the number 39. This photo reminded me of a show called Loot I once saw on the ABC. Something a little arty. The Myer windows in the Bourke St Mall, had costumes and props from Australia. I loved this outfit in the movie. dead umbrella, no longer needed, the sun is out. and I leave you with one last photo. You would want to hope that this building never changes street numbers 😀 I retired back to the hostel with a bag full of goodies and a very tired Helen.

Well in about ohhh four minutes, I will be walking out the door and heading to the airport to catch a plane to Melbourne!!!! I am currently eating a quick breakfast and then I’m off. I stayed at my parents last night and Pabbi is about to take me to the airport. I am soo excited. Excited to be having a real mini holiday away from work. The last few months have just been hectic. I have a big list (ie 12+ pages) of things I want to check out, places I want to go etc etc. I haven’t got my Rudd money yet, but that is what I am going to be using this week!

I’m back Sunday night as I have to work on Monday morning.