Another year, another Christmas. This year Christmas was much, much smaller than last year. Christmas Eve it was just the four of us and Christmas Day it was just us four and Grandad.

I woke up on Christmas Eve to see this. Strangely enough, now that I’m on holidays I’m typically up at 5, you just can’t ignore those birds! When I’m at work though it’s the alarm that wakes me some time between 6 and 6:30. I was pulling back the curtains, and saw this most delightful reflection on the window next door. That was the start to a bigggish day. I had presents to wrap, bags to pack etc etc. It was only six days ago but I know I did something of semi-importance before heading to Mum’s (I think it is kind of weird how even though my brother and father live there as well in conversation I will say going to Mum’s, carrying on though).

Christmas Eve, means Mahalia Jackson, a fancy afternoon tea, presents, four pots on the stove and waiting for it to get dark enough to have dinner. One of the downsides to having an European Christmas is that well we don’t have short hours of daylight in summer do we???? Dinner is of course, smoked lamb, mashed potato, peas, glazed carrots, cauliflower and broccoli au gratin with rice pudding for dessert. At some stage during dinner I asked Pabbi if he had ever got the almond. As it had come to me that I didn’t think I had seen his name in the book. Pabbi’s response was not since coming to Australia. I spoke to soon. As is always the case, Pabbi stirred the almond into the pudding and dished out pudding, making his usual comments of you sure don’t want more….. Well this year Pabbi got the almond! (Mum/Pabbi, has this been written in the book?)

We had a new addition to the table this year. For many years I have adored the Swedish Christmas Candelabra/Candolier that we’ve had but I don’t ever recall seeing it plugged in or lit up. This year, I pulled it apart, stripped out all the wiring and replaced the fake candles with real candles.

So pretty! Adds a fair bit more light to the table as well when paired with the four candles that we usually dine by at Christmas. Once the washing up was done it was of course time for the tree. I got a 3L mixing bowl form my Kitchenaid, some biscuit tins (a pretty old Sunshine powdered milk tin and a collectible Milo tin from 2003 when they had the 70th birthday celebrations) and a bag to match my quilt.

Mum had asked me during the week if I had any brittle left from the packages. I said of course I do. When I arrived on Christmas Eve, Mum asked if I had any left….. I said no. One of Mum’s presents was a container of brittle!

That is Christmas Eve….

It is now 6 past 6 on Christmas Eve. Mum is in the kitchen preparing dinner.
The tree is now decorated and the presents are under the tree.
I am sitting here listening to a mix of Dar Williams, Joni Mitchell and Eva Cassidy. Pabbi has not yet broken out the Mahalia Jackson, possibly because the record player is downstairs connected to his computer. I have actually just added some Mahalia into my playlist.

We talked to Karl for a while this afternoon which was really nice. Yay for Skype! I have had a headset for a while now but the mic port on my old computer didn’t work. It certainly works on the new computer. We have now talked to Karl twice in the past couple of days. It is almost like he is living down south which is why he doesn’t come over for tea or home for Christmas instead of up north.

It would be nice to have Christmas in Iceland one year though (Mum, Pabbi. hint, hint). Next year looks like it could be a very nice Christmas though as one of my brothers and his family are planning to have an Australian Christmas.

I have been going through my photos from a concert the other night, which at this rate will probably be up some time after Christmas.

I am about to go set the table and then it is the waiting game till it gets dark enough to light the candles and eat dinner (another reason why daylight savings is bad for Queensland, I don’t want to have to wait till 8pm on Christmas Eve to have dinner).

On Wednesday I went to market. to market.
I walked up and down.
Tomatoes, $8, great for sauce
Rockies, $2 a carton.
Cherries, super sweet.
Listening to their calls.

Some stand and watch you, waiting for you to decide that the price & quality is right. Others see you coming and do their best to talk you into buying from them.

There is no partridge in my pear tree but I do have 20kg of tomatoes, 8kg of capsicums, 5kgs of cherries and 4kg of mushies.

We picked up two cherry pitters from the shop which made it so quick and easy to pit the cherries for freezing. I also picked up a curved paring knife, which has made coring the tomatoes a dream. It is now Monday morning and I just put on the last lot of capsicums to dry and there is one last tray of tomatoes that will be dried in a few hours. For some reason, I am guessing the weather it has been taking a lot longer to dry the tomatoes & capsicums than usual.

I spent a period of time each day, sitting at a little table on the back cement, with a box of tomatoes on one side, my drying trays on the other and the waste bucket between my legs. I core, halve or third the tomatoes depending on size, pop the backs, squeeze out some of the excess juice, arrange them on the trays and pop them in the dryer. Some of the tomatoes I have seasoned with some salt and pepper but the others are 100% tomato.

The dried roasted capsicums are possibly my favourite though, they have this slightly smokey intense capsicum flavour, are about 2mm thick and have a texture similar to a fruit roll-up. Quite nice.

Today is Christmas Eve, it about 8:30am here and we are about to put up the Christmas Tree, like a good Icelandic family, we decorated the house yesterday and put our outside lights up last week. Mum and I went to the farm yesterday to get our tree and of course to decorate Grandad’s house ready for Christmas Day at the farm. 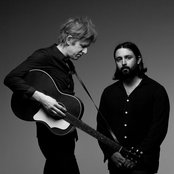 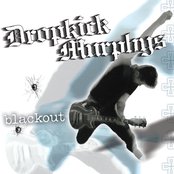