We’ve had a lot of rain this morning. It started bucketing round 2am and kept bucketing till round 5am, since then we have had showers on and off.

My phone just rang, it was Matthew, my younger brother does not typically call me so I was a little concerned at first as to what might have happened. However, Mums voice came over the speaker wanting to know what my back yard looked like. After I gave her the run down she told me that her and Matthew were at the Toombul car park observing it in all its flooded glory. Matthew must have gone out last night as Mum had picked him up from the bus stop due to the rain. He had told her that Kedron Brook was over the banks. They then proceeded to check out Kedron Brook at as many vantages as they could to watch the flooding. They are now headed on to Downfall Creek to see what it looked like.

Mum was telling me they were taking photos on Matthews phone of the flooding. I didn’t comment then but I will now since I know Mum will see this fairly shortly, that is why I take my camera with me wherever I go!

Yep, that’s my family, well really the Stephenson part of us, straight down the line from Grandad, a man who has kept weather records dating back to the war. The family for which the first thought when it buckets, is “mmmm I wonder how high the creek is?” or Mum’s favourite idea when it has rained is to go waterfall chasing. Yeah, we like our weather.

I got up close to 5, thinking there must be a fair amount of water in our backyard by now, sure enough there was. (A fact of life when living at a bottom of a hill on three sides, is when it rains our backyard will fill with water.) Our street is more convex than most streets to help the street drain in such events. There was probably about 10-20cm over the “top” of the road and about 30cm at the kerb. In our backyard, the water was over the retaining wall. I took a few photos but was not in the mood to get the tripod out so they have been pushed a little bit in Lightroom. I went back to bed for a little while but wasn’t in a mood to sleep, instead I took my book (it seemed quite fitting to be reading a tales of Brisbane, whilst watching the water drain off the street) and my quilt and cozied up on the couch on the deck, watching the taxi drivers trying to decide whether or not to drive the street. By 6ish I was ready to go back to sleep and returned to my bed to doze to the sound of the drizzling rain for you know, oh 45mins or so. I’m not one to sleep in!

The street now just has a little bit of water in the gutter and the water in our backyard has gone down a wee bit, it’s no longer over the retaining wall. I won’t have to water the veggies for a while…. The rain in Spain stays mainly in the plain, as a child when I first saw My Fair Lady, I thought they were referring to a plane not a plain and could not for the life of me figure out why the rain would stay in the plane!

The rain in ‘Bris stays mainly in our yard!

It’s 2120 currently and I’m kicking back with a cup of tea and listening to the rain. The rain sounds different at night to it does during the day, have you noticed that?

Unless you are reading this via the RSS feed, you might (well should) have noticed that I’ve changed up the design a little bit. Swapped some new colours in, changed the photos in the header and made it a bit more 24 something me instead of 22 something me. Not 100% settled on the background colour yet but we will see. I’ve also been thinking of renaming the blog most probably just changing the words round a little but who knows.

Mum and I went to see Bright Star this afternoon, it was slightly sad as expected but gorgeous nonetheless. I have some questions regarding the historical accuracy of a few aspects of the costuming, mainly the earrings that Fanny wears and the machine knitted jackets/cardigans. I did adore however the ledge that ran at waist level round Fannys room in the house that the Brawnes shared with Mr Brown and Mr Keats. I loved the shots in the fields of wild flowers and in the orchard, all those flowers! Oh to be able to bask in a field of flowers like that. I love the light after rain, that really warm light which sometimes looks so eerie. Last night we had that warm colour for a little while but then it became what you see above. It was something! 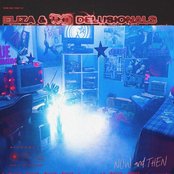