Saturday night, what a night it was at The Zoo, by far my favourite show of the year and I think the favourite show of the year for many of the other punters there. Why? Well Peter Combe was in town and playing at The Zoo :D. I was going to wear a newspaper hat but thought that was a bit too ordinary so I went with toothbrushes in my hair. As I walked past people, they would smile and make comments or start singing Mr Clicketty Cane. Later on as I moved through the crowd, people would exclaim “You’re the girl with the toothbrushes” to which I would smile and ponder the fact that people were actually talking about me. Let me tell you know that putting toothbrushes in your hair is no easy feat, it involved numerous hair ties and I would have to push them up every so often.

First up was Deb Suckling and Craig Spann as Peachfish providing some of their fine folksy, alt-country romance.

Then there was a band, well they were a band and a half. They were The Danaj Show. The lead singer came on stage with a briefcase. With much lead up he opened that case to reveal a newspaper hat!! This was not just any newspaper had though this was a newspaper hat covered with stars (those stars that you used to be put on your forehead when you were good in class). The crowd went wild.

I had left my Spagetti Bolagnaise LP at home, as I had left I had thought of bringing it with me to wave at the right moment. I decided against it though. As the second band played I kept on thinking about the sign that said Peter would be doing a signing at the end of the night. I rang Matthew and paid him $20 to grab the LP and drive into The Valley to drop it off for me.

I got it signed 😀 and you can see the toothbrushes.

After long wait the Juicy Juicy Green Grass Band came out, led of course by the icon that is Phil. Phil, Phil, Phil is what was chanted as he took is rightful seat behind the keyboards. Then they played a crowd rousing tune as the chants for Peter, Peter, Peter got louder and louder. Then our child icon ran onto the stage, grabbed his mike and everything was ok. Peter Combe was on stage, we knew the words, he knew our faces and no one could be happier.

When he played Tadpole Blues, I smiled, for as much as Matthew denies it, that was his favourite song. Then there was Rain, Rain, Rain, my favourite song now. There was the blow fly song, Down in Bathroom, Nutrition Blues, Rock ‘N’ Roll Is All You Need, Chops & Sausages, Jack & The Beanstalk, Syntax Error, Newspaper Mama, Spaghetti Bolognaise, Toffee Apple, Phone Calls Daddy, Jellybean Road (well I think he played this). He has written a song for each of his children and since his son Tom is in The Juicy Juicy Green Grass Band, they played Lullaby (For Tom). The crowd let out a collective sigh during this. No Parcel in the Post though or 12345, that is life though.

It was the happiest gig of the year, every where you turned people where smiling and singing/shouting/miming along with the words. As people poured out of The Zoo onto Ann St, the smiles were there, people were milling around humming tunes, clutching their new Peter Combe T-shirts and just going yeah 🙂 I went with Ms Clare and her friend Jackie/Jacquie who was smiling and singing along with me the entire time.

The rest of the photos are here 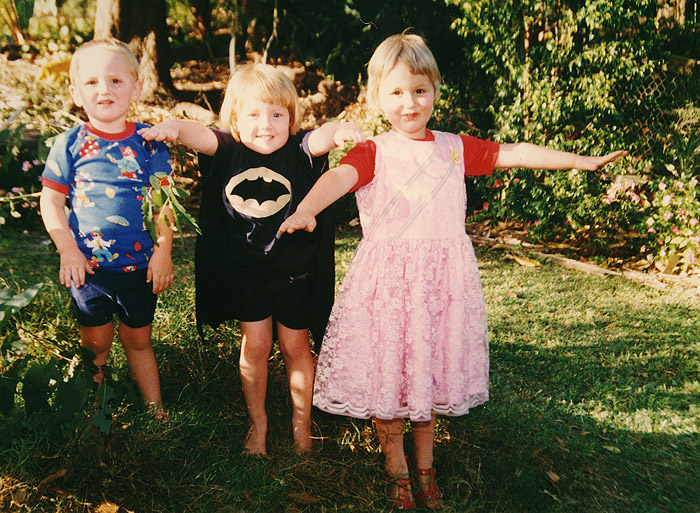