Last Sunday, I joined in the company of about 40 people in a Modernteering adventure (a word to describe an “orienteering” adventure where the control points are examples of modernist architecture) across Brisbane.

The starting point was a house in Aspley. When I heard the adventure was starting in Aspley I knew it would be a good day. There are so many nice houses in Aspley andÂ every timeÂ I drive through Aspley I go down another street looking for those perfectÂ modernistÂ houses or design elements that are scattered over Aspley. This house was one of them and and the owners have spent the last couple of years working on the inside and are about to start working on the exterior.Â My favourite feature of this house was of course theÂ balustrade but I did love the soaring sloped ceilings and the delightful lounge area below the corner window. 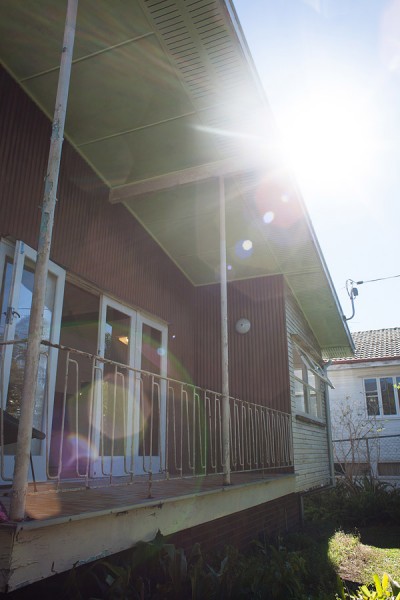 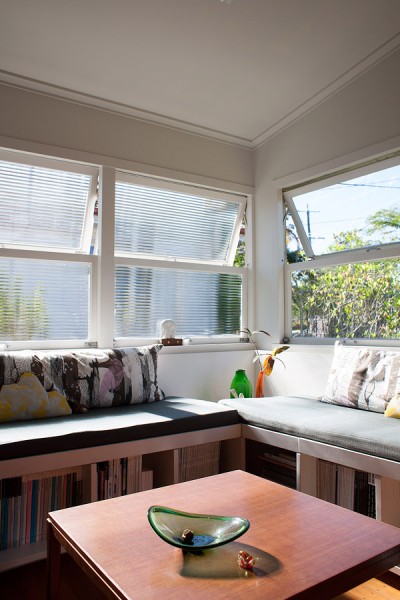 The next house was in Ashgrove and was an example of a Â extension/conversion of a classic Ashgrovian post war timber house with a slightly modernist bent. The wall storage system was just gorgeous.Â 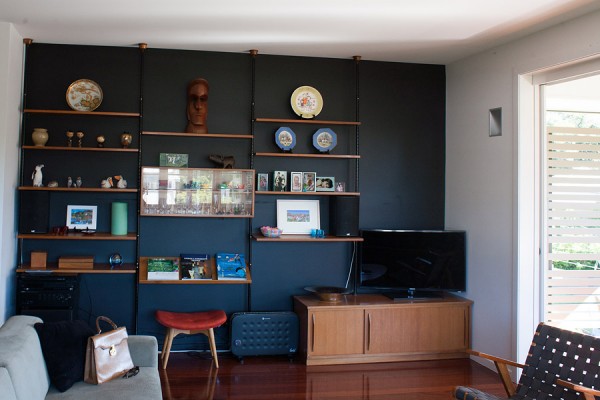 Next up was Tarragindi to a house that I would cross the river for. Yep, I would become a southsider for this house. It is a house that was perfectly designed for the site it sits on. Perfectly sub-tropical and modern and Brisbane. It had lines, Â more lines and more lines so much so that I Â just kept getting lost in my admiration of the lines of the house. I would stand outside the house or in a corner of the room just absorbing all those lines. 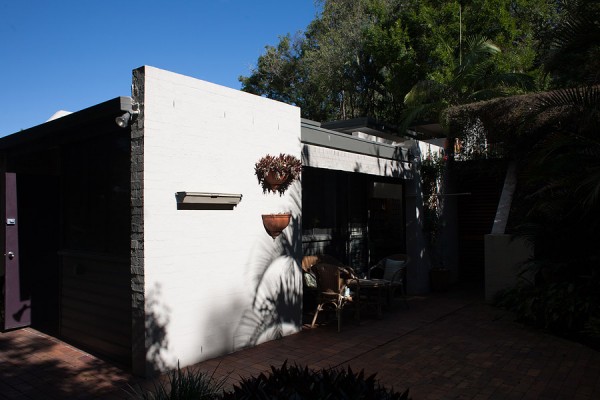 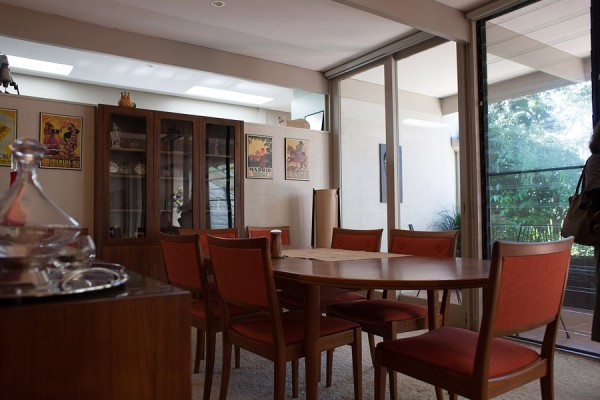 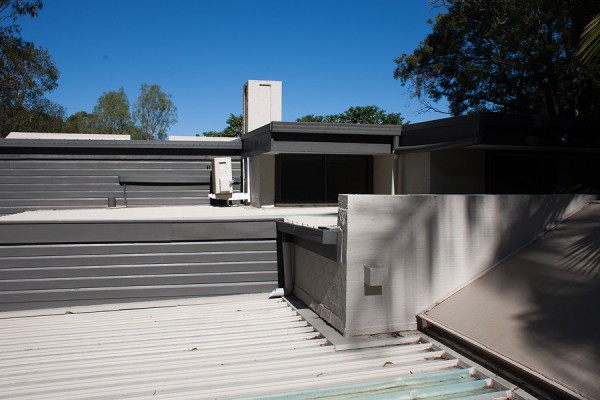 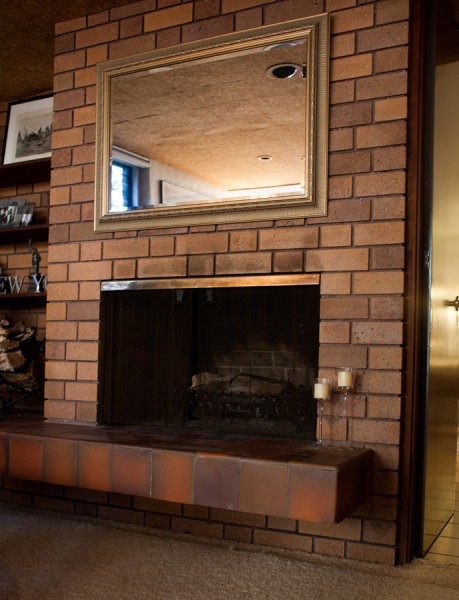 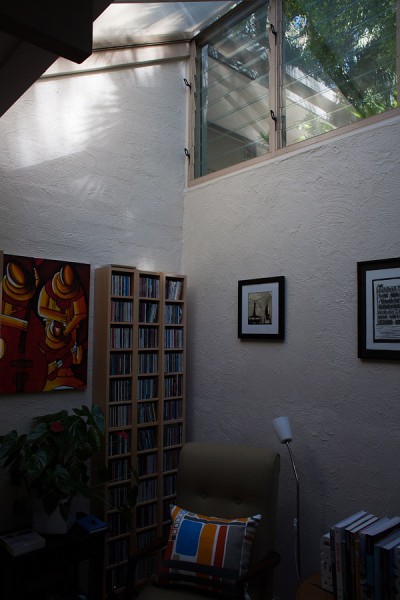 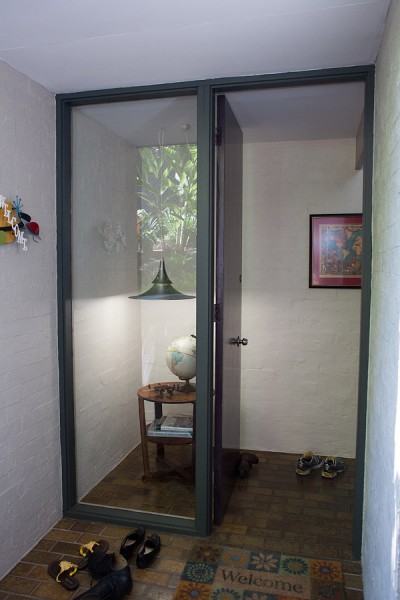 The house was designed by anÂ architectÂ as his family home and was built in two stages as money allowed completion of the build. The current owners bought it from the architect about a year ago and one of the best things about the house tour was that the architect was actually there to talk about the house, the design and anything else you wanted to ask. I spent a lot of time pouring over the plans trying to soak up as much of the house as I could. 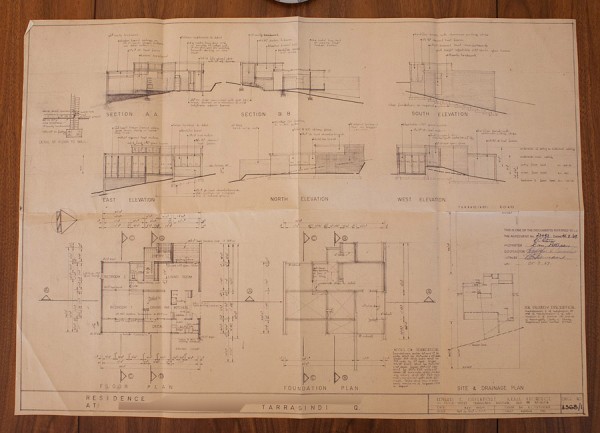 The last house of the tour was in Carina for a house designed by Donald Spencer and the currentÂ occupantsÂ are the third to own it, the house is quite “Palm Springs Modern” in style and when you look at the other houses in the street it would have been something really quite out there and I’m sure that the residents of the street at that time would have looked through their net curtains and wondered what that house was. I can almost here them whispering “It has now dining room!”, “The kitchen is just two tiny strips of bench behind a three quarter height wall that backs onto the living room”, “They have to eat outside!” 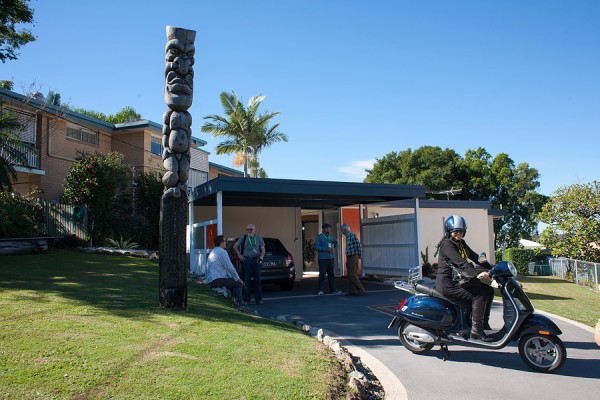 It really is a house and a half and it seems quite fitting that one of the current owners is a Tiki Carver! I adored, all the glass walls which brought so much light into the house and the way in which the house just flowed from one room to the other and from outdoors to indoors. 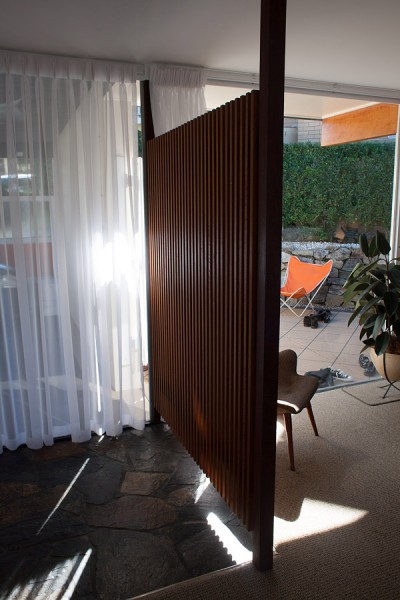 The last point was lunch, where we enjoyed delightfully kitsch sandwiches with fillings such as chicken and pecan, salmon (tinned of course) and two others that I can’t remember now. All on white bread of course!

The tour was run by Chris at Australian ModernÂ and it was a fantastic morning out not only to explore delights of Brisbane but also the chance to catch up with other Brisbane bloggers (BrismodÂ and Carmel of the now hibernated Make Mine Mid-Century) and to meet a whole bunch of new people who all have a place in their heart for ModernistÂ architectureÂ and design in many forms.