Like my 18th dinner before him, Matthew chose to have his dinner at Montezuma’s. This time however Grandmum was not with us but Daisie and Sean were.
Lots of laughs, lots of silly poses for the camera, all spaced out in an interesting corner booth. Mum complained about the towel for a table cloth again.
Who had what?
All had Nachos to start
Pabbi & Grandad – Albondigas. Mum – Carne enchilada. Daisie – Chicken and sour cream enchilada. Matthew and Sean – Beef enchilada & beef burrito. Helen – Chicken and sour cream enchilada & cheese enchilada. We all went home very full and very happy. Still have to get him an 18th presant though. mmmm

As we were leaving Sean and I started talking about REM and the fact that they are playing in Brisbane next Tuesday (Mar 29th) and there is still tickets left. We had decided to go to Jack Johnson this Thursday night and well now I can say is “Shiny, Happy People” next Tuesday. Love ya Sean 🙂 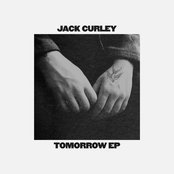