Friday night after I work I met up with Thor and her family and crew at the Australian CinÃ©mathÃ¨que at GOMA to watch a selection of Icelandic short films and then Sigur RÃ³s’s concert doco Heima as part of a month long program that GOMA is running called Iceland Waves. Seeing ÃsafjÃ¶rÃ°ur on the big screen with the local brass band playing down the street was pretty darn cool, so used to seeing Reykjavik on the big screen but seeing IsafjÃ¶rÃ°ur was just wow. I am by no means the biggest Sigur RÃ³s fan, I enjoy the music for sure but the most powerful thing in the film for me was seeing Iceland on the big screen, seeing places and going ooh that is that place round the corner from that place or ohh I’ve driven down that road. Just cool stuff.

The short film set that we saw was Cold Hearts 3, some (a large proportion) were a bit too ahhhh eyebrow rising weird for me but I did particularly love one of the short films entitled I Sing I Swim 2007 mainly because I quite dearly love Seabear which provided the soundtrack for the film and you can listen to the song of the same title on their myspace page.

This Friday will see me at GOMA again 🙂

I finally got to to Ikea on Saturday! Only 18mths or so after the new one opened! I had made a promise with Mum that I wouldn’t go to Ikea till I was moving out of home. First weekend out of the family home and Andrea and I hit up Ikea for assorted goodies including

A dirty clothes basket – Skubb (in red) and it has a strap so I can can wear it on my back to go to the laundry!
A washing line – Frost, the cool thing, I can lean out my bedroom window and peg my washing up!
A rug to stand on in the kitchen – Bigum because Lino on brick is not the softest.

and of course we had lunch at Ikea 🙂

On the way home we popped into Pennisi Cuisine on my favourite street in Woolloongabba, Balaclava street where I picked up a case of tomato passata… and some dried herbs.

So that is my life at the moment.

Though I perhaps should also mention….

….
That I got accepted into the next round of testing for the 2009 Department of Defence Graduate Program!!! Happy slightly 🙂 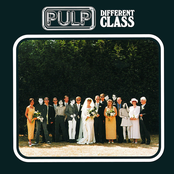